Another example of how, over time (and not without exceptions), the human condition steadily improves: Twenty Years Later, Buying a House Is Less of a Bite - New York Times.

Despite a widespread sense that real estate has never been more expensive, families in the vast majority of the country can still buy a house for a smaller share of their income than they could have a generation ago.

Like Emily, a number of Christians are regularly attending different churches in the course of a week or a month, picking and choosing among programs and services, to satisfy social and spiritual needs. They are comfortable participating in multiple churches.

At Christmas 1976, I was a junior Navy officer serving aboard an aircraft carrier, the USS Enterprise.  The ship was about halfway through an eight-month overseas deployment to the Western Pacific.  This was during the Cold War; doubtless remembering Pearl Harbor, the Navy kept one WestPac carrier at sea over Christmas in case someone tried to start something.  That year, we were the duty carrier, and we knew we'd be the ones to spend Christmas at sea. 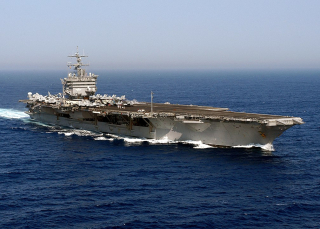 A shipmate and I, both former choir directors, thought it'd be nice to have a choral midnight Mass.  The Catholic chaplain agreed enthusiastically.   The ship had a crew of over 5,000. We figured there had to be at least a few former choir singers aboard.  In November we wrote home to get choral sheet music.

These innovations and discoveries, [Rodney] Stark argues, were not made by the newly secular, but by people who had a distinctly Christian sense of the sacred. Catholic theology had taught them that God had created the universe according to universal laws that reason could discover. It taught that knowledge and history moves forward progressively, so people should look to the future, not the past.

Here are selected posts about Jesus of Nazareth, tagged in del.icio.us.

Story Mutation: "Were the levees bombed in New Orleans?"

WASHINGTON - It's become a strongly held belief by some in the storm zone —  the idea that the destruction of New Orleans’ heavily poor, heavily black Ninth Ward was neither an accident nor an act of nature.

Dyan French, also known as “Mama D,” is a New Orleans Citizen and Community Leader.  She testified before the House Select Committee on Hurricane Katrina on Tuesday.

“I was on my front porch.  I have witnesses that they bombed the walls of the levee, boom, boom!” Mama D said, holding her head. “Mister, I'll never forget it.”

Harvard's Alvin Pouissant says such conspiracy theories are fueled by years of government neglect and discrimination against blacks: slavery, segregation and the Tuskegee experiments, during which poor blacks were used to test the effects of syphilis.

“If you're angry and you've been discriminated against,” Pouissant says, “then your mind is open to many ideas about persecution, abandonment, feelings of rejection.”

The latest theory is partly rooted in historical fact. In 1927, the levees were bombed to save parts of the city, and black neighborhoods were inundated.

Why Believe in God? Some Reading Suggestions

I've used the wonderful del.icio.us tagging service, coupled with an RSS-to-Javascript service, to collect some of my favorite posts and other readings on the subject, Why Believe in God? It should update itself every time I add a new post to the collection. Many thanks to Colleen at TypePad, which hosts this blog, for her quick response to my query about how to do this.

Continue reading "Why Believe in God? Some Reading Suggestions" »

No, there's no war on Christmas. But this attempt to be inclusive by tamping down on the Christ birth stuff, while well intentioned, is just making us non-Christians feel worse. All I want from you is to admit — whether you're religious or not — that these customs are inexorably tied in to the birth of your savior. Then I'll be happy to celebrate your culture with you, if you want me to. Because it beats my people trying to persuade me to whoop it up over a story about an extra-long-lasting candle and a toy that's so obviously just a badly made top.

The evidence is unambiguous that donating money (and time) is one of the best ways to buy happiness.