Creation: A Titanic Set of Processes That Continues Today (Part 1)

Cosmologists currently think that the universe evolved into its present physical state, including Planet Earth, in roughly the following way:

Energy Appeared in the "Big Bang." In the “moments” after (what we inaptly call) the Big Bang, some 13.7 billion years ago, our universe consisted solely of energy. We don’t know where the energy came from; some think it might have been the product of a quantum vacuum. Or energy might have been created ex nihilo (from nothing).

Energy Cooled Into Subatomic Particles.  Some of the energy released in the Big Bang “cooled” into subatomic particles such as quarks, moving every which way.  (Recall that under relativity theory, energy and mass are equivalent, with either one being convertible into the other.)

Subatomic Particles Formed Hydrogen Atoms.  The subatomic particles were drawn to each other by forces including their own mutual gravitational attraction. They coalesced into, among other things, protons and electrons, which in turn combined to form hydrogen atoms (typically, one proton and one electron per hydrogen atom) as well as helium and lithium atoms

Hydrogen Atoms Clumped Together; Became Compressed; and Eventually Ignited as Stars.  Still under the influence of mutual gravitational attraction, the primal hydrogen atoms clumped into gas clouds.   Some of the clouds became highly compressed by their own gravity, resulting in such intense internal pressure and temperature that their atoms' nuclei began fusing together, eventually “igniting” in a process of nuclear fusion.

Burning Stars Forged the Elements of Planets, and of Life.  The "burning" stars served as blast furnaces in which a number of different chemical elements were forged:  The stars' nuclear fusion of hydrogen atoms resulted not just in the production of huge quantities of energy, but also in "ashes" such as helium, carbon, etc.  (This didn't include some of the heavier elements found in planets and in our bodies; that didn't come until the first-generation stars began to explode in supernovae.)

First-Generation Stars Exploded in Supernovae, Scattering Debris That Would Be Put to Use Later.  After billions of years (typically), the first generation of stars started to burn out their hydrogen “fuel.”  The outward pressure generated by the stars' nuclear fusion became progressively less capable of offsetting the stars' own gravity.  At various times, these first-generation stars began to collapse.  In many of these stars, the collapse raised the internal pressure and temperature to unimaginable levels.   In a process thought to be runaway nuclear fusion, the collapsing stars exploded, with incredible violence, as supernovae  — but not before creating heavier elements such as iron.  (Not all dying stars become supernovae; some just burn out.)  Each supernova's explosion blew its stellar debris across wide distances, 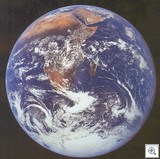 Supernovae Debris Furnished the Raw Materials for Planets, and for Us. Eventually, gravity caused various exploded stars' debris to coalesce into planets such as Earth (and also to fall into other stars, to drift through space, etc.).  And somehow, at least on Earth and perhaps elsewhere, the raw materials of life — manufactured in stellar factories, as it were — started to come together.

So if the cosmologists are right, our universe, our planet, and every atom in our bodies, were all created by an awe-inspiring set of ongoing processes — processes that evidently still continue to operate even today.  As the Rev. Dr. John Polkinghorne puts it, we are all made out of the ashes of dead stars.

These Titanic Processes of Creation Give the Appearance of Having Been Fine-Tuned.  There are a number of physical constants underlying these creation processes which, if they had been just a bit different, would evidently have made the universe, as we know it, an impossibility.  There may be natural explanations for these "cosmic coincidences"; for example, perhaps our universe is merely one of many, and ours happens to be the one in which the physical constants are what they need to be.  Or perhaps not ....

Posted at 09:56 PM in Evolution, Faith for Skeptics, Science and Religion | Permalink